"I tried it near the Bund. They are nice. I knew I should be careful. I didn't burn myself, but I can imagine that some foreigners do."

"I'd like to try pan-fried buns, but I am not used to the smells by the street stand. Maybe I need to go to the restaurant, but it is very expensive for us. I wanted to try, because I saw it everywhere. I'd like to know how it tastes." 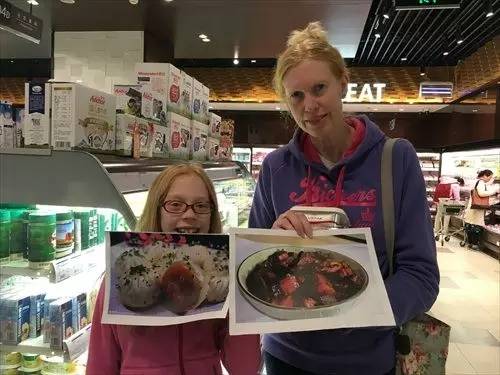 "We like the one that has the juice in it. When you bite it and the juice comes out."

"It's like a crab. I would like to try this. It's not so common to see hairy crab in Argentina. Maybe in Chinatowns. I ate it once in the US. I need it served ready, without the shells. For us, it's a meat in a salad or in a sandwich. I'd like to try this." 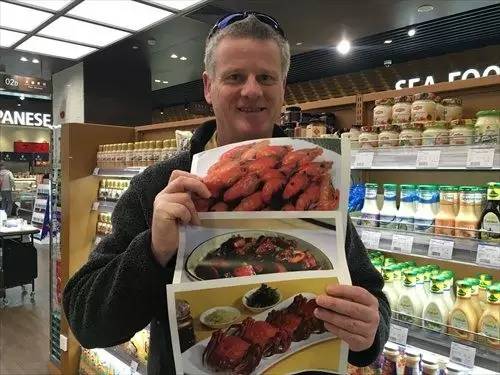 "I like crabs. It also takes time, but once you mastered how to open them, it's like a project. So it's OK." 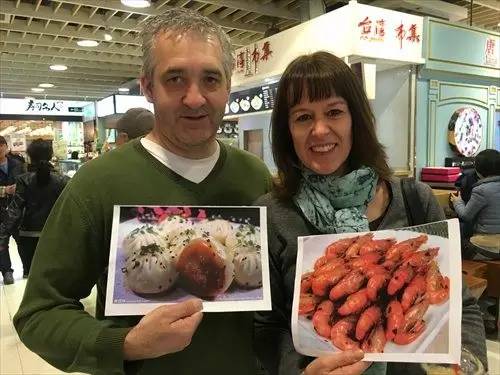 "Yes, I've tried it. Not in China, because it is quite expensive. And I don't like to eat seafood on the street. It's too cheap. I don't trust it. Also, sometimes in the street I've seen cheap oysters. I haven't tried them either. They are too cheap; there must be something wrong with it. I have seen crabs in some good restaurants. I'd wanted to try them, but then I saw the price and I was like, 'never mind.' I could eat noodles for a week for that price.”

“I have not tried deep-fried shrimp either. They have heads. I am always scared when I see that. It's like they still have a head on it. In my own country the head is already off. We don't suck the head."

"It can be OK, but most time the pork is too fatty for me. I don't really like the fat parts. It chewed really nice with the fat, but I don't like it. I try not to order it."

"It is sweet and just very nice. I like it, especially with eggs. I have tried to cook some dishes myself, but nothing this complicated."

"Oh, I'm sorry. I can't look at it. It's a mental thing, you know. For me chickens walk on their feet. I don't want to eat their feet. My husband has eaten the feet though. He doesn't mind. He doesn't love them, but he's brave enough to try them."

"I tried them by accident. I didn't know they were chicken feet, otherwise wouldn't have ordered it. I ate them at the barbecue. Actually it tastes quite good. It was good. Eating a foot is not really common in the Netherlands. I'm not sure I will eat it again. Not now. Maybe in a year." "What is this? It looks very energetic. I don't know why. It gives you power?"

"I come to Shanghai all the time. So I have eaten a lot of Chinese food. But what is that? That looks like jellyfish." 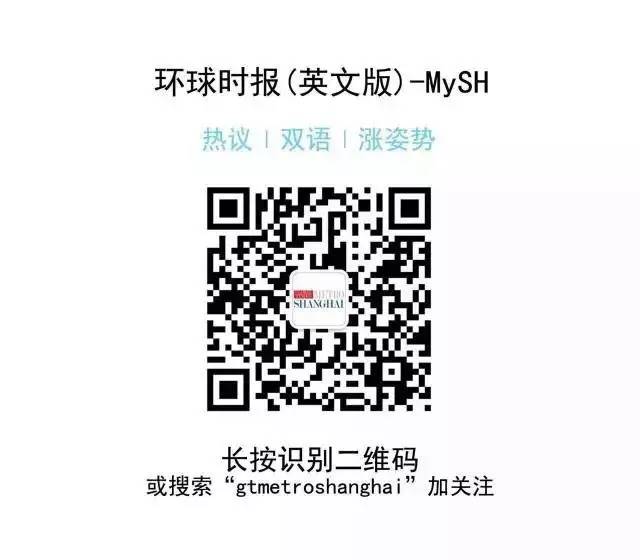